Are kneeling chairs suitable for any type of office?

Continued use of kneeling chairs increases muscle strength in the abdominals and back. More…
Poor posture is often developed from working environments that do not support proper spinal alignment, or do not fit the individual’s needs. More…
Kneeling chairs are suitable for adults, teenagers and children both at home and in the office. More…
Kneeling chairs are also good for pregnant women, particularly in later stages of pregnancy, as less pressure is placed on the womb. More…
Sitting with the hips higher than the knees can also increase freedom of movement and improve reach. More…
Tilting the pelvis forward not only enables correct spinal alignment and posture when sitting, it also improves breathing, circulation and digestion. More…
Compression on the discs of the lumbar spine is relieved by as much as 35% when seated in a kneeling posture. More…
A kneeling chair reduces muscle tension and strain and therefore reduces the risk of injury while seated. More…
Kneeling chairs come with different levels of adjustability, so each individual can find their optimum sitting position. More…
previous | next

Kneeling chairs as we know them today originated in Norway in the 1970’s, beginning with Hans Christian Mengshoel. The concept of a kneeling–like sitting position, however, has been around for centuries. Tibetan monks use a seiza bench to maintain a comfortable kneeling–like position during extended periods of meditation. Although hard on the knees, the seiza bench allows the angle between the trunk and thighs to be opened up by a forward–tilting seat.

The benefits of this were first reported by Danish surgeon Dr. A.C. Mandal. Mandal found that many people, including school children, would lean forward on the front legs of the chair in order to ease back pain. He concluded that a chair seat should slope forward by 15° in order to effectively tilt the pelvis forward and allow natural curvature of the spine. This ensures that the hips and trunk are drawn into the best position for correct posture.

A number of recent studies have confirmed Mandal’s work, with evidence suggesting that an angle of 110° or greater between the trunk and thighs reduces the pressure on the spine by as much as 35% 1.

Based on this information, Mengshoel developed a comfortable, practical chair that supported this posture. Many others have contributed to the concept and development of the kneeling–like sitting position. These individuals include: Peter Gillings Jr., Peter Opsvik, Oddvin Rykken, and Svein Gusrud

Click on the timeline section of interest below to jump to details.

The kneeling or ‘seiza bench’ has been used for centures in Tibet. 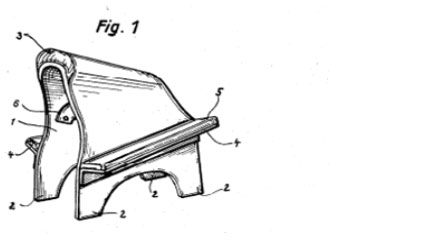 J. Harding Vowles, U.S patent no 3669493, June 13 1972, Canada. This chair was designed to reduce pressure on the posterior during extended periods of sitting by transferring some weight to the knees. 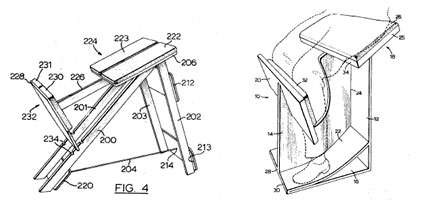 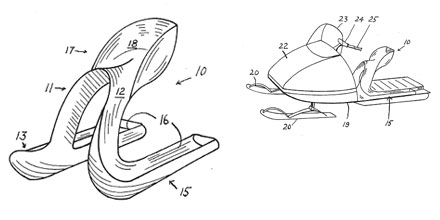 Introduction of the 5–star base

Originally kneeling chairs were supported with metal or wood frames that ran along the ground. The stability of the kneeling chair was an initial concern to many, for fear of tipping over if the individual leans too far forward. As they progressed, x-bar frames became popular as they allowed a level of height adjustability via a central hinge point. With the introduction of the 5 star base, however, the kneeling chair has regained popularity. This base gives it a more modern feel, allowing greater stability and mobility. The 5 star base also makes it easier to enter and exit the chair and allows ease of movement when the chair is in use. When not in use, the casters make it easy to roll away under the desk and out of sight.

1 Hard facts about soft machines: the ergonomics of seating — Rani Leuder and Noro